Tuesday, April 8th is National Dog Fighting Awareness Day.  Dog fighting is a heinous act that most are unaware of - by talking about it and encouraging conversation about the horrors of dog fighting, we can increase awareness and hopefully inspire some action to be taken.  In honor of this day, I have joined several other bloggers in featuring shelter pit bulls who are in need of a home.

When a shelter adopts out a pit bull, they have to be especially careful - because of the breed's reputation, they are often targeted for dog fighting.  Pit bulls tend to attract owners that won't be adopting the dog for companionship; instead, the dogs will be used for protection or fighting.  Even though dog fighting is obviously illegal, there are still people out there who breed and train pit bulls specifically for this purpose; many underground operations partake in this cruel abuse.  The most high-profile case is obviously Michael Vick and his dogs, but there are plenty of money-making fighting rings all around the country.

Starlight and Tamer, both current residents of the HSNI, are in need of wonderful forever homes, with caring owners who will never subject them to abuse.  They are both amazing dogs who have been dealt a bad hand in life, and they need your help (and shares!) to help find them a good home.  Starlight and Tamer were both picked up as strays, and they were saved from an uncertain fate when they were brought into the shelter. 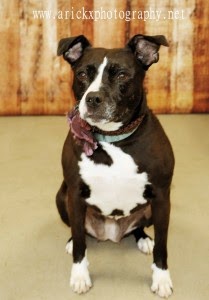 Starlight is a 5-year-old pittie mix, and she has been at the shelter for just over a year.  A kennel is no place for an energetic pit bull, and though Starlight is a pretty docile girl, she is growing restless behind bars.  She prefers to be the only dog in your household - in return, she will give you lots of love and cuddles!  Starlight is my husband's favorite dog at the shelter; he loves how, when the other dogs are going a little wild and barking for your attention, Starlight only sits quietly, wagging her tail and waiting for you to make your way to her kennel.  I have only actually heard her bark a handful of times...she is a very calm and ladylike pittie!

Starlight is a rather tough one to photograph, since during playtime, she is always in motion - as you can see by the crazy wagging of her tail in this photo!  She loves to play and chase after toys, but when it comes to walking on a leash, she is a perfect lady; she rarely tugs, and she is content to walk at a leisurely pace and sniff everything out.  In person, she is a very beautiful girl - she has white boots on her paws and a sassy streak of white down her nose.  Give Starlight a chance...she has been in the shelter for long enough.  For more information or to apply for Starlight, contact the Humane Society of North Iowa - whoever adopts this sweet girl will be a lucky person indeed! 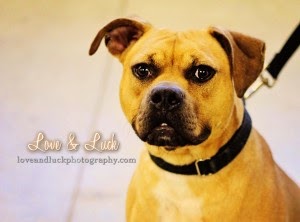 Check out this handsome fella!  With his dark, human-like eyes and that comical right ear, Tamer is definitely one of the cutest dogs in the shelter.  A 2-year-old pit mix, he still has a lot of puppy in him and has energy to spare!  Tamer loves long walks and then, when he's all worn out, he wants nothing more than to curl up on a blanket and rest.  This lovable guy will have been at the HSNI for a year this June, and no one can really believe he's still there!  With that face and ability to learn, he would be a wonderful addition to any family. 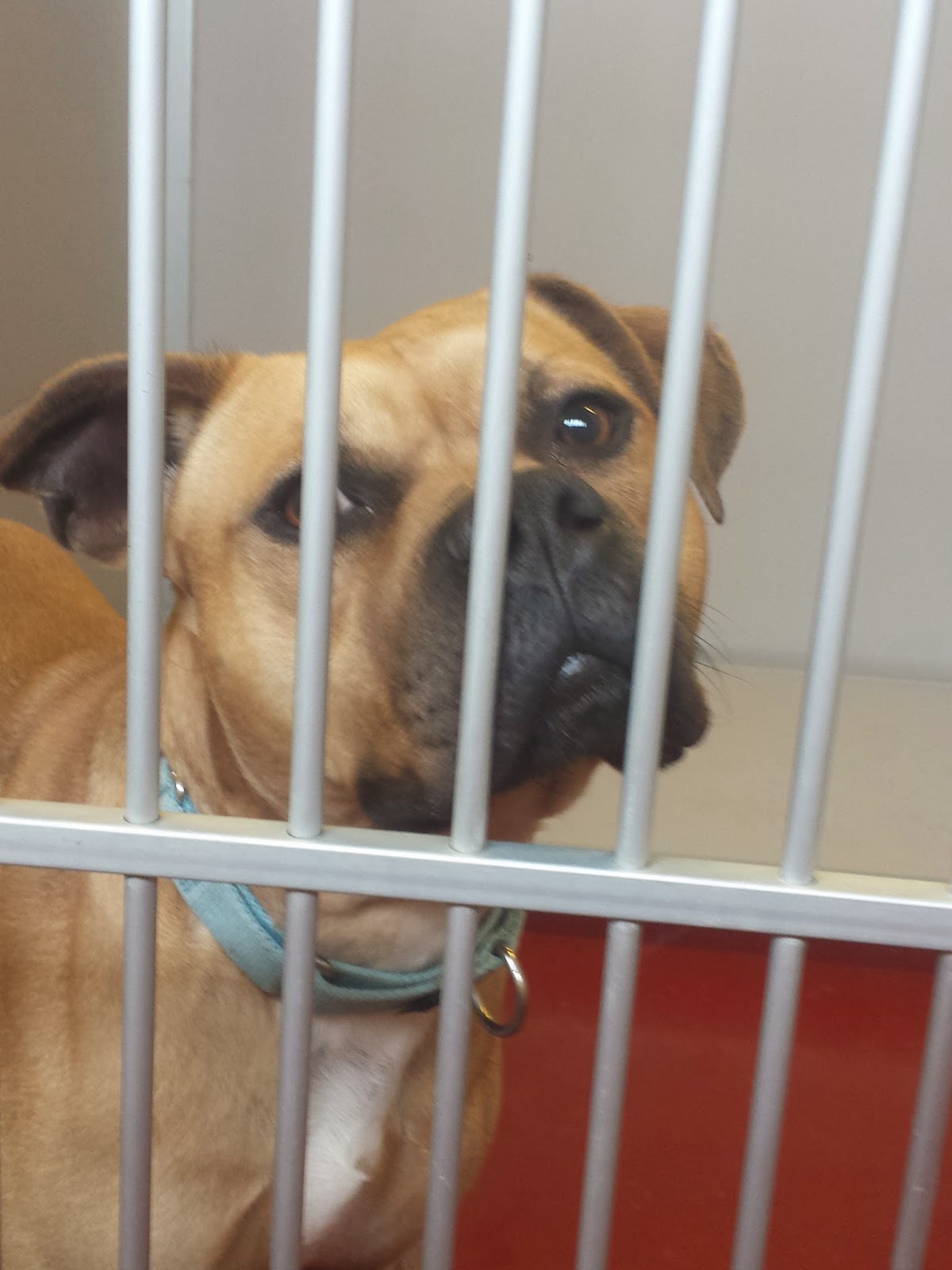 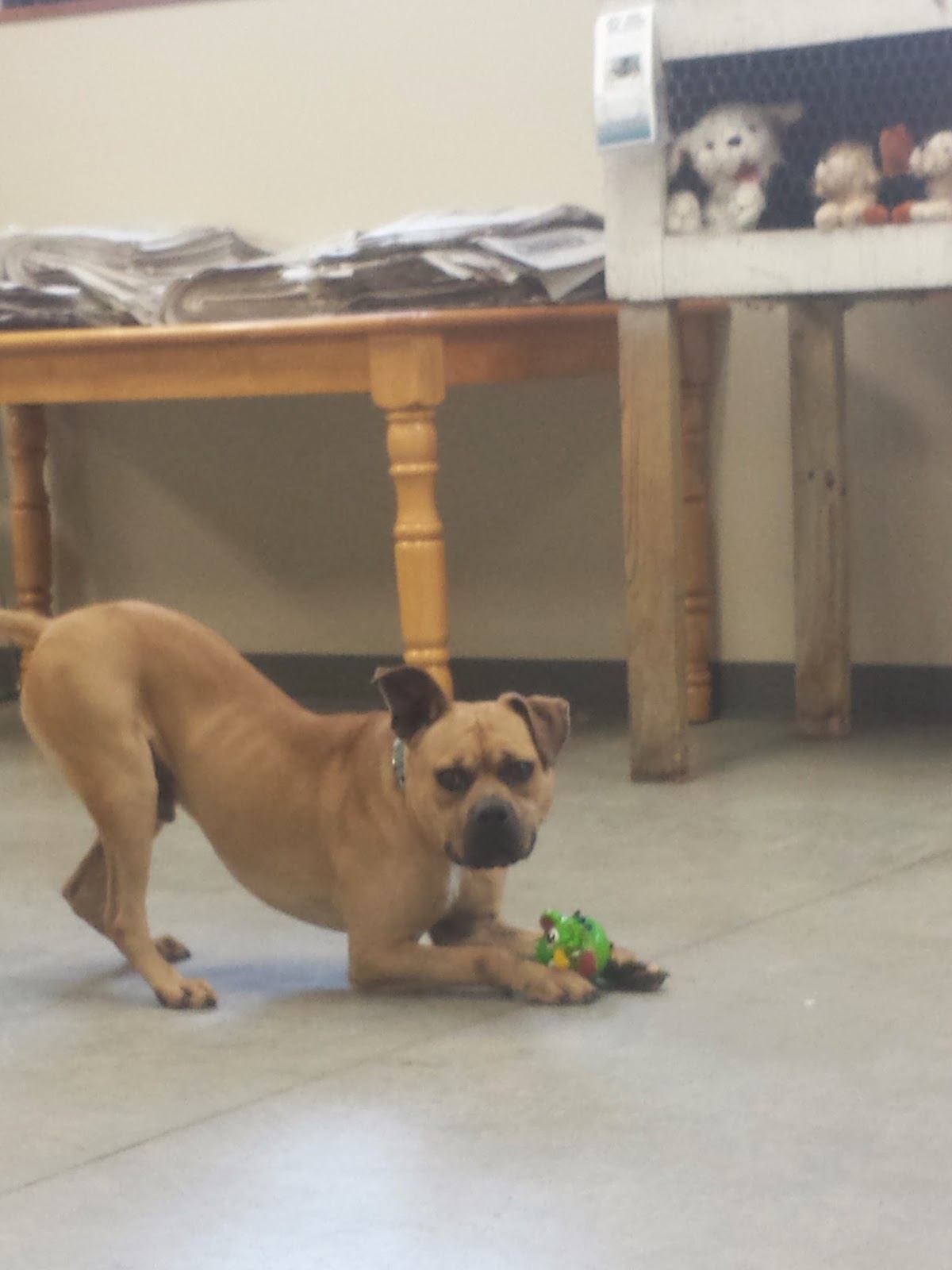 Though Tamer is a typical pit and can be stubborn, he is a very smart boy and would be able to pick anything up quite quickly.  He is one of our favorites to play with in the multipurpose room at the shelter, since he is fascinated by every toy we show him!  I really can't say enough good things about Tamer (or Starlight!) - he is just an amazing, young pit who has been ignored for nearly a year now because of his breed.  It makes me very sad, because he has so much potential.  If you are interested in adopting Tamer or want more information about him, please contact the HSNI - this boy is worth an extra look!

If you're interested in learning more about Dog Fighting Awareness Day and want to help put an end to the cruelty, the ASPCA is hosting a Google Plus Hangout on Tuesday, April 8th - national experts will be discussing the underground world of dog fighting and suggesting ways in which we can help.  You can also always keep your eyes and ears open for news of dog fighting in your area, and be sure to contact the authorities if you suspect something.  Another great way to help is by writing your local law enforcement officers to let them know the importance of investigating dog fighting or animal cruelty cases - animal cruelty is often overlooked by police officers, and it NEEDS to be an issue of higher priority!  And finally, help prove the pittie stereotypes wrong by adopting one yourself!  Show others how good of an example a pit bull can be, and make your dog an ambassador of the breed!  Of course, continue to spread the word on the awful world of dog fighting so that together, we can help to stop it.