Edited to add:  Please don't be offended by my use of the word "mutt".  I don't mean to use it in a negative way whatsoever.  I say it the same way I refer to myself as a "crazy dog lady" - happily and with pride!

During the first few months of my venture into pet blogging, I was just starting to dip my toes into the community.  I hadn't yet made any connections with brands - in fact, I'm pretty sure I didn't yet know that was possible!  I was in the phase where I was desperate for blogging buddies and more pageviews.  A new friend had just posted about the differences between reputable and backyard breeders.  In response to the article, I posted a comment about how I had purchased a puppy from a breeder before knowing anything about rescue, and how I was "so thankful" that looking back, the breeder was a very reputable one.

"We bought a Mal-Shi, and the breeder was wonderful!" is what I think my comment said.

Sigh.  You guys, I didn't know.  When I posted that comment last year, I had NO idea that deliberately breeding mixed-breed dogs was not a good thing.  But I was in for a rather rude awakening.  Let's just say there were some emails.  "A breeder who sells mutts for a living shouldn't call himself a breeder at all!" one woman hissed.  (Okay, it was an email, so I don't know if she actually hissed...but the tone was definitely a "hissing" one.)  "I don't know what a "Mal-Shi" is even supposed to be, but I certainly hope you didn't spend hundreds of dollars on a mixed breed!  That would be a huge error in judgment!" another email announced. 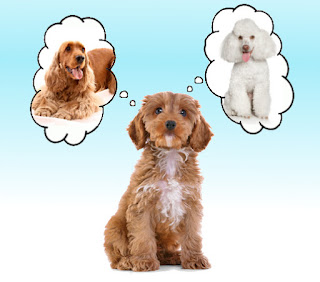 (Photo found here; this link actually promotes "hybrid" dogs, calling them healthier than purebreds and more hypoallergenic.  Please note that I do not agree with this.)

I was hurt.  I was unpleasantly surprised.  I didn't know.  That's all I could say.

I was 20 years old, and my now-husband had just proposed to me.  We were young, and silly, and eager to start a little family.  We wanted a puppy to complete that picture.  I had never set foot inside an animal shelter, and I don't think I had ever even heard the words "puppy mill" or "backyard breeder."  A family friend had just bought what she called a "Yorkie-Poo," and I thought it was the cutest thing ever.  I didn't think about unhealthy genetic traits...I didn't think about the cost.  (Which was...a lot.  *Hides under chair in shame*) 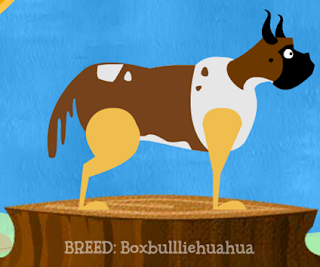 Oh goodness, it's a "Boxbulliehuahua"!  (Photo from here)

The truth is, designer breeds are just mutts (which, in my mind, is not a negative word - I love all dogs, mixed or purebred) with fancy names.  Reputable breeders focus on breeding purebred dogs and passing down only the best genetic traits.  They don't focus on putting an $800 price tag on a breed that ends in "Poo" or "Oodle".  You can read here about the original creator of the Labradoodle, who regrets what he did (beginning the designer breed craze) and says, "I released a Frankenstein."  Purposefully cross-breeding, in all honesty, is irresponsible - it opens the dog up to a myriad of possible future health issues. 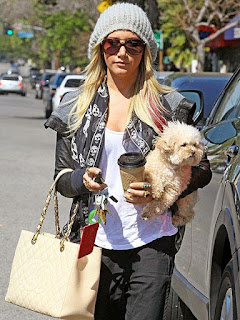 The designer dog craze is only made crazier due to celebrities and their adorable pups, like Ashley Tisdale here with her "Maltipoo" (Photo from here)

Her name is Bella.  Jared was allergic to her, and the breeder (who, I will say, was a very nice man) told us we could bring her back.  Instead, Bella now lives with Jared's parents, my in-laws, and is devoted to picking on her big brother and barking at the neighbor dog.  She is a great dog and is so loved, and for that reason, I don't regret what I did.  But I know it's something I would never do again.  Mixed breed dogs who are just as cute and cuddly can be found at a rescue or shelter; plus, instead of spending a fortune, you'll be saving a life. 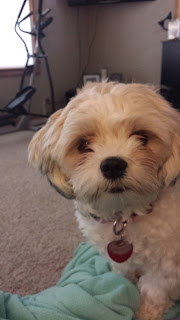 This is Bella.  Hell yeah, she's cute!  ...So are the mixed breed dogs at your local shelter.

What do you think about "designer breeds"?  I'd love to know.

If you'd like to read more about this topic, the following links are great sources:
https://www.psychologytoday.com/blog/canine-corner/201404/designer-dog-maker-regrets-his-creation
http://speakingforspot.com/blog/2014/09/28/time-magazine-and-designer-dogs/
http://www.betteisacoff.com/designer-dog-breeds/
Posted by Unknown at 9:18 PM

Email ThisBlogThis!Share to TwitterShare to FacebookShare to Pinterest
Labels: Animal Lovers, Blog Hop, News You Can Use