I am sorry I don't have many photos for you guys to look at today - the amazing animal stories I have found throughout the week are mostly in the form of news articles.  (If you'd like to check out a photo-heavy Cyber Saturday about fashion, crafting, and other fun stuff, you can check out my other blog here!)

I'm sure you all are very familiar with the "First Kiss" video of strangers kissing for the first time.  Since it came out, tons of parodies keep cropping up, but this is BY FAR the best...and the most adorable!! <3

I've only just come across this wonderful pet blog and haven't yet gotten the chance to delve into its archives - mostly because this article stopped me from doing anything but angry-crying for the next ten minutes or so!  It is not a happy story:  the blog's author was selected for jury duty in a horrible animal abuse/neglect case.  Hoping to make a difference in the case's outcome, she took notes and gathered information so that the person that allowed this poor dog to die would be found guilty.  They randomly removed her from the case, however, and the outcome was less than satisfactory.  Click on over and read her story, but just understand...it's a tough one to read. 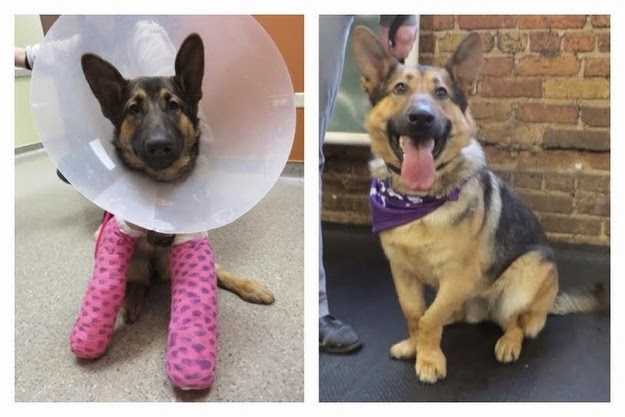 Buzzfeed had a great piece about rescue dogs from Chicago's Trio Animal Foundation, to help show us how far shelter dogs can come when given lots of love and nurturing.  (We have a local shelter near our town that has some AMAZING success stories I will share one day.)  This adorable German Shepherd is named Valentine, and after having two extensive surgeries on her legs, she has healed and though her front paws will never be straight, she is a very happy dog and walks just fine!

Mother Jones is currently investigating Animal Planet after hearing about various instances in which animals were mistreated on the show Call of the Wildman.  It seems that animals that were already procured to be on the show may have been put in dangerous situations to be "rescued" again for the cameras; the article says that it's possible that the animals may have even been drugged with sedatives.  If this turns out to be true, it's pretty disgusting.  What people won't do to get more viewers... 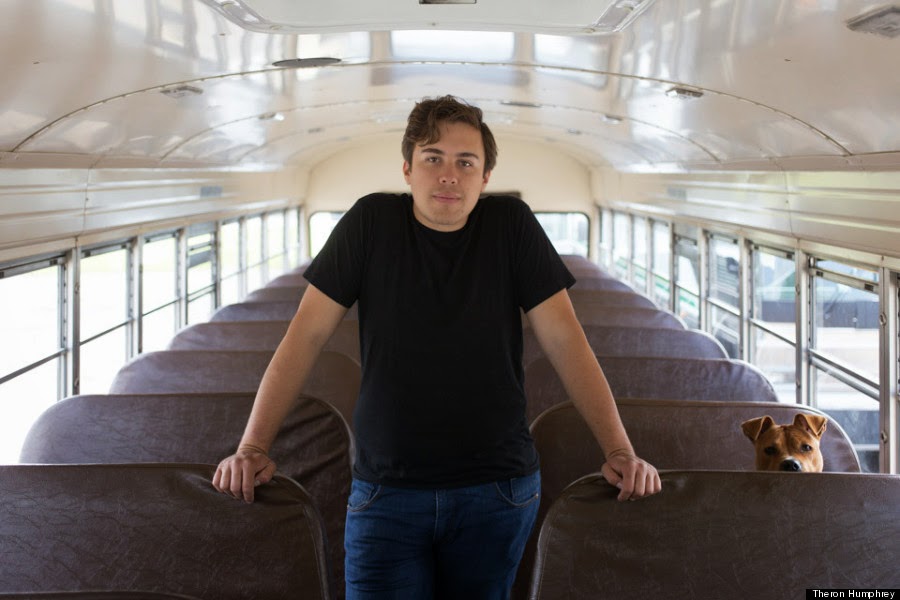 A photographer named Theron Humphrey has been traveling for the past year, taking photos of people with the pets they've saved from shelters.  "I don't want to see sad dogs in sad cages with sad music playing in the background," Humphrey told the Huffington Post.  "Shelter dogs aren't second-rate animals, so why depict them in that way?"  He calls his project "Why We Rescue," and each photo is equally touching.  One sweet photo is captioned, "Cooper came up to me and leaned right in beside me, and it was like two lost lonely souls had finally found each other."  <3

Help is needed for this Tennessee woman, who had left her thirteen-year-old daughter home with the family dog for the day.  The dog's name was Bryan, and he had no history of aggression whatsoever.  The daughter came outside to investigate a sound and found her neighbor with a gun; he shot her dog three times at point-blank range.  Bryan had "approached" him in his yard and apparently wouldn't "move along," so the neighbor shot and killed him.  Click over to the site and sign a petition to help this family get a full investigation of this horrible situation. 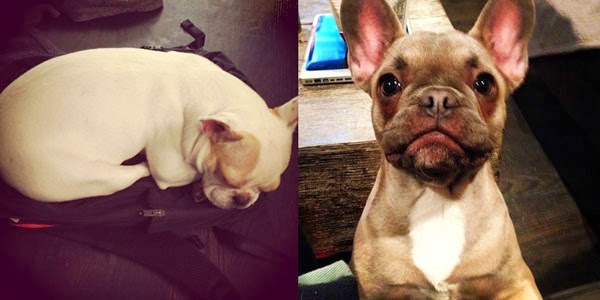 These adorable French bulldogs went missing when a Chicago apartment was burglarized last week.  But this story has a happy ending:  A stranger, tipped off from a post on Craigslist, found the two pals and brought them back to their home.  The newlywed couple the dogs belonged to offered the man a reward, but he refused, just happy to bring the dogs (who were very happy to be back) home.  Why can't more people be like this?!  Dogster's website also has a controversial article about whether animal shelters too strict when screening potential adopters; it's an interesting read, but as this is something I feel pretty strongly about, I'm going to save my comments for a future post.

The Sidekick Series is a mini-documentary series on YouTube, started by two animal lovers and a handful of pets from the Badass Brooklyn Animal Rescue.  The goal of these videos is to raise awareness of how awesome shelter pets can be and to get more people to adopt.  I think this is a great idea, and hopefully these videos inspire people to rescue an animal!

That's all for today!  Have a nice weekend!
xoxochelsea
Posted by Unknown at 8:52 PM

Email ThisBlogThis!Share to TwitterShare to FacebookShare to Pinterest
Labels: Cyber Saturday, News You Can Use