Those Horrible Movies Where the Animal Dies, Volume 1: Why, Disney, Why?!

If you're an animal lover, you know all about the trauma that is a movie centered around an animal.  If a movie is coming out involving an animal or pet as a main character, chances are...that animal is gonna die.  Or get hurt.  Or something else sad that will cause you to try and muffle your sobs in the theater.  I was ready to get up and leave during Ice Age, when that saber-toothed tiger almost died.  And sure, that new movie Mr. Peabody & Sherman looks cute, but I'm not gonna get sucked into that one.

Tim Burton's guilty of it.  So is Steven Spielberg (though I guess ET was an alien and not an animal.  Potato, potahto).  And Walt Disney?  Is perhaps the guiltiest of all.  Disney just looooves to tug at those heartstrings with all the animal deaths and/or injuries.  Why is it, I always wonder, that children's movies are often the saddest?  Yes, they usually have a happy ending, but it's a hell of a sob story before we get there.  Why is this?!  This is a list (part one of at least three) of some of the most traumatic animal moments in Hollywood cinema, so if you're an animal lover with a heart that is much too soft (like me), you can avoid these movies.  Or at least make sure you have a huge supply of tissues.

(FYI, there is even a website dedicated to this!  It's called Does the Dog Die?, and it is a definitive list of every movie that involves dogs or other beloved animals, ranked by how many tissues needed.)

(Also, I am pretty sure I have featured at least some of these movies on my other blog, so feel free to check that out.)

African Cats (or anything similar to the Planet Earth series) 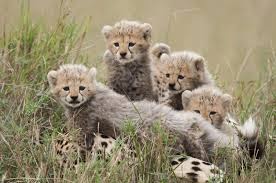 To be fair, African Cats (photo from here) and other films like it are documentaries.  The filmmakers are not there to get in the way of 'nature taking its course.'  BUT STILL.  I can't watch documentaries like these without crying at least once (or ten times).  My husband and I recently tried to watch Disney's Oceans, and after a scene involving a shark going after a poor, relaxing seal, I made Jared turn it off as tears ran down my cheeks.  ("Babe!  It's just the food chain!  That's how things work in the wild!" he insisted, rolling his eyes.  "I DON'T CARE I DON'T WANT TO TALK ABOUT IT!"  I may have overreacted.)  And why do the coyotes - or lions, or polar bears, or hyenas - always always always go after the babies?!  So unfair.

All Dogs Go to Heaven 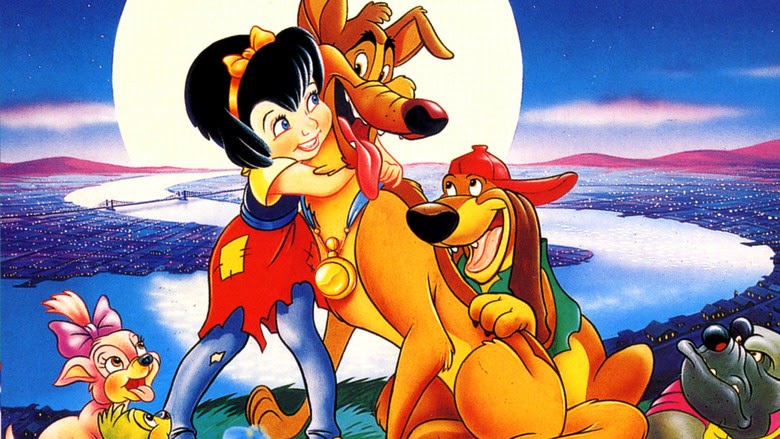 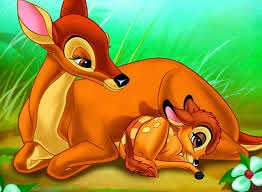 (Photo from here)  "Bambi's mother is shot to death, leaving him stuck with his cold, absentee dad.  You know who else that happened to?  FIFTY CENT." - Lemondrop

The Land Before Time 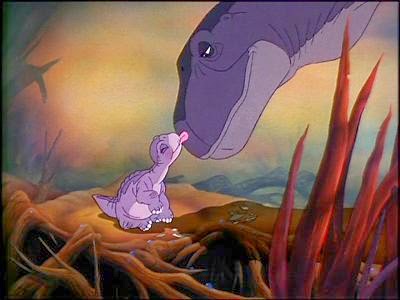 (Photo from here)  Okay, I can barely even talk about this movie, so bear with me here.  Yes, we all know going into this movie that all dinosaurs are going to die anyway.  So that makes it less sad, right?  WRONG.  Littlefoot's mom tries to get up and she can't, and so she tells Littlefoot to just go on without her (to find "treestars" which, correct me if I'm wrong, are just leaves, right?), and then she dies.  And then a baby pterodactyl tries to cheer Littlefoot up with a cherry, and it's all just too much for me. 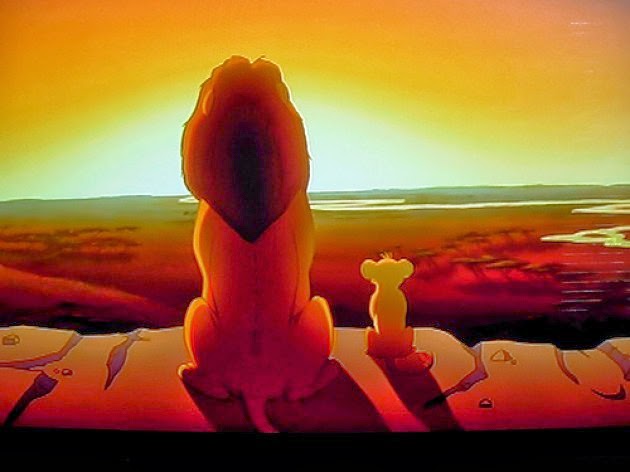 (Photo from here)  Scar is just the worst, right?  Not only does he push Mufasa off the cliff into a wild stampede, he then tries to convince little Simba that his father's death was all his fault.  Worst Disney villain ever.  Though this movie makes me very sad, I just try and think about little Simba really being Jonathan Taylor Thomas, and then the world is right again. 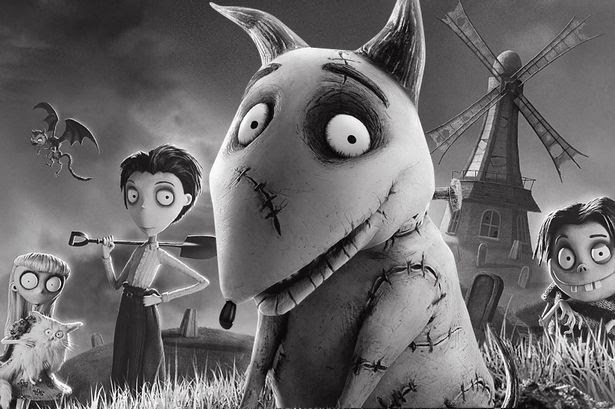 (Photo from here)  Again, the dog dies twice.  I don't care if he is "resurrected", Tim Burton.  He dies twice. 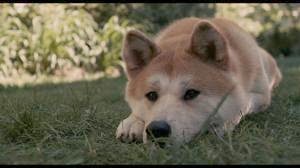 (Photo from here)  This movie, based on an amazing true story, is wonderful.  If you haven't seen it yet, go rent it immediately.  But make sure you're emotionally prepared, because I sure wasn't:  Every time the camera moves to Hachi, waiting patiently for his owner at the train station, your heart will break a little.

(Photo from here)  Okay.  So.  Here we have a children's movie, full of magic and wonderment.  What would make it better?  Oh, I know!  Let's have Artax the horse drown in a huge lake of sadness and mud!  Great idea.  The only thing that consoles me when I think about this movie is how much my dog looks like Falcor.  And even then, I only feel a little better.

Honorable Mentions for Movies that Left Horrible Scarring Marks of Sadness:
Eight Below:  most of the dogs live, yes, but some of them die!  Also, Paul Walker :(

My Dog Skip:  Skip lives a long and happy life, but ohhhh the feelings

Marley and Me:  which I haven't seen and refuse to watch, but I hear it's horribly sad

Where the Red Fern Grows:  when we watched this in third grade, I was sent out of the room because I was too upset

The Fox and the Hound:  I know Tod and Copper don't die, but they get hurt and it's all very sad!

Ramona and Beezus:  of course they had to include the scene where Picky Picky the cat dies, of course they did.  My sister - who is as soft-hearted as I - had to leave the theater during this scene; I suffered through it

Charlotte's Web:  I never thought I would feel awful about the death of a spider, but this movie proved me wrong. 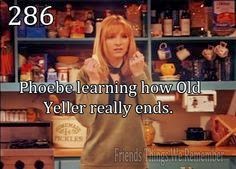 I promise I'll go back to more animal rescue-type stuff tomorrow; I just couldn't resist something fun for today.  (I guess fun isn't exactly the word to describe this list...)  Did I miss any?  What movies make you bawl like a baby?