Riley and the Peekapoo Breed

I have to apologize for my absence here on the blog - I had a nasty case of strep throat for most of the week, and I didn't really feel up to doing much more than laying in bed with a big glass of orange juice watching Parks and Rec. :)

Also, if you haven't seen the first installment of the 7 Questions series over on Damien's Best Dog Toys, check it out - it's me!  I was so excited to participate; it was fun AND in return, a box of toys got shipped to the animal shelter of my choice!

I thought for today, I would explore my own dog's breed a little bit.  Riley is a Peekapoo, which is a Pekingese Poodle mix.  Besides knowing what these breeds look like, I know almost nothing about either breed.  I have had both good and bad experiences with Pekingese, same with poodles.  Isn't it so fascinating how much variety there is in mixed-breed dogs?!  Puppies from the same breed can turn out looking completely different from their siblings.  This is why I <3 mutts the most! :)  So I did a bit of research and found out more about each breed...and whether or not Riley matches the characteristics.

(Facts taken from Pet Place; photos from Dog Breed Info)
Because Peekapoos are a mixed breed, they have many different looks: 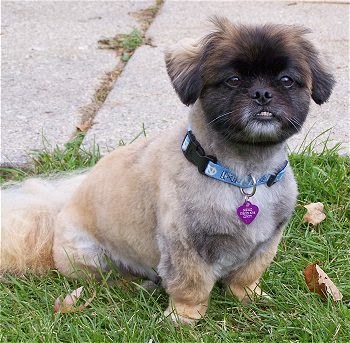 This one has Riley's toothy little grin! 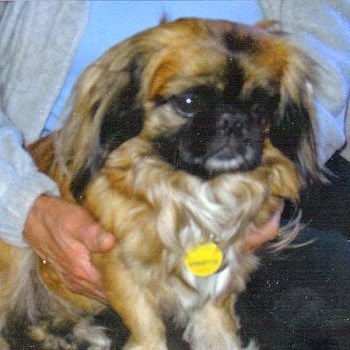 This one definitely favors her Pekingese side. 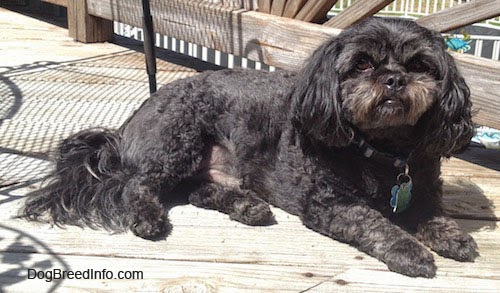 This one looks very similar to Riley, except with a black coat instead of white.  Doesn't he look wise? :)

Peekapoo's coats are generally low-shed and low-allergy:  Thank goodness this applies to Riley!  My husband has some pretty severe allergies and asthma, and he has been allergic to several dogs he has come into contact with.  But thankfully, not our dog!  Riley's poodle traits allow him to live in our home and not irritate Jared's allergies.

Their coat is also prone to painful matting:  We try to brush our dog fairly often, but he is constantly getting mats on his ears.  I can tell they bother him sometimes, but I don't know how to get them out without causing him even more pain!  When Jared tries to gently tug or brush the mats out, Riley rolls his eyes and huffs like an annoyed child:  Daa-ad, leave me alone please, I'm trying to enjoy this Beggin' Strip.  So we usually end up taking the scissors to them; the aftermath of these trims has led me to the conclusion that I will never let my husband cut my bangs.

Indepedent and stubborn:  Riley is not so much independent as he is follow-you-around, sit-on-your-feet-while-you-pee, watch-you-when-you-sleep needy.  If he was a girlfriend, you'd ignore her calls and eventually cut her loose because he. is. CLINGY.  On the other hand, stubborn is a trait that describes him perfectly.  He often gets something in his mouth (most recently, a fairly large rock, a wrapped cough drop, and a chicken bone) and absolutely will not let you get it out.  He has this trick where he wedges it behind his incisors and it becomes almost impossible to yank it outta there.

Fond of its family; may be unwilling to socialize with anyone else; territorial:  Do I need to remind you of how attached Riley is to his daddy?  No one may come near his Jared.

Content in a lap, doesn't desire much exercise:  Riley is a typical couch potato, and I am definitely not complaining.  We love our twice-daily walks, but not too much else :) 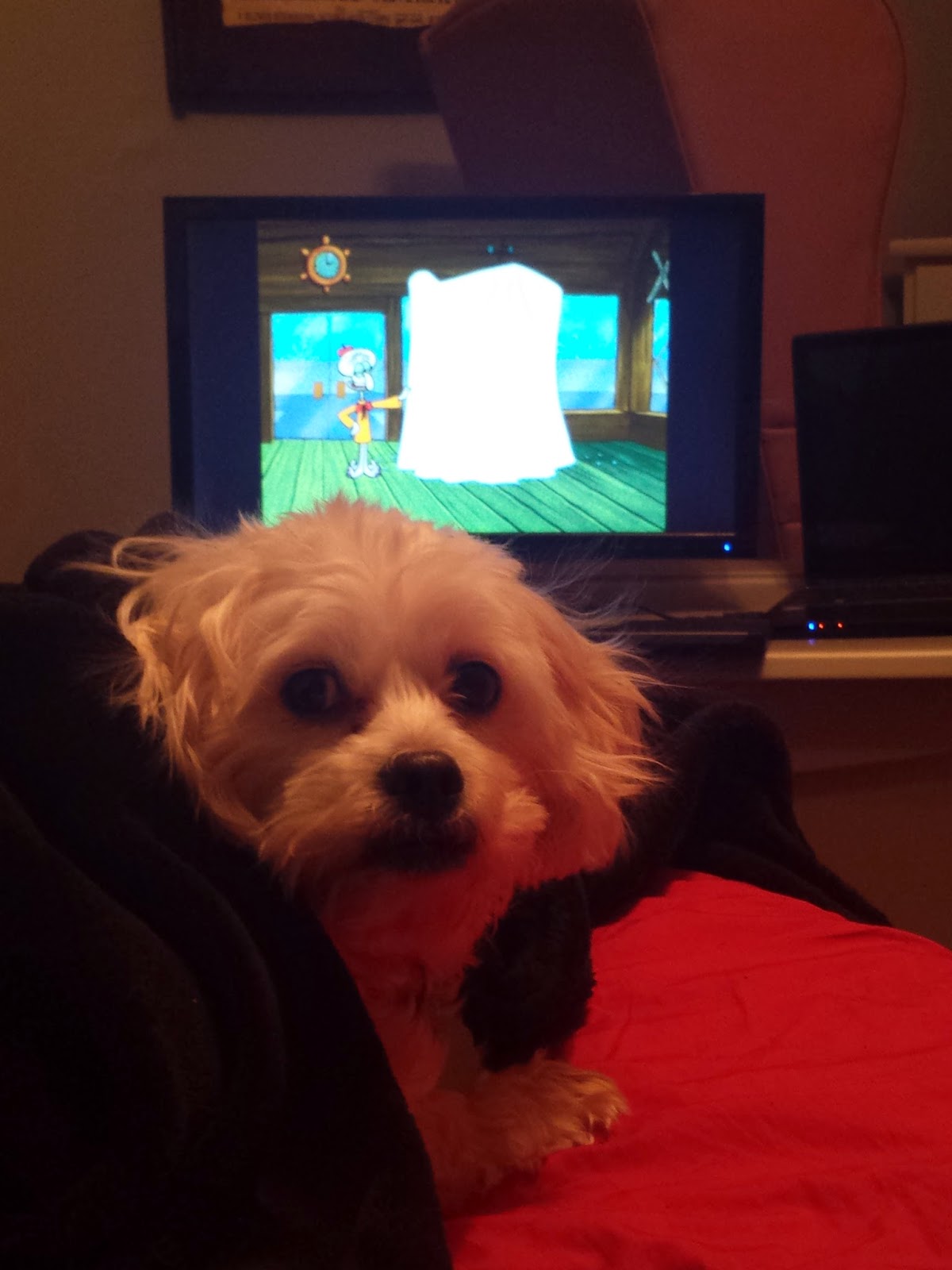 It's been such a tough day of lounging and watching SpongeBob...

Intelligent and people-friendly:  These two traits have kind of...bypassed my dog.  Riley is not UNintelligent, but I'm not sure "smart" could be a term used to describe him.  He knows and reacts to many words, but the extent of his obeying commands is to hover his butt near the floor when we say "sit."  And though Riley enjoys the company of humans and, once attached to them, will follow them around like crazy, he seems rather aloof toward strangers.  If a person walks by on the street, say,  he sniffs and puts his nose in the air like that girl we all hated in high school.

May have issues with ear infections and tear-staining:  Check and check!  Riley is forever itching, pawing, and rubbing his ears against the carpet.  He is on daily drops for his ear issues, but the poor guy is still always scratchin'.  (He also has allergies, which could contribute to the ear thing, and the fact that his paws are constantly stained pink!)  As for tear-stains, this is a problem in most white dogs - it's kind of gross, but we usually just clip away the badly stained parts until we get him to the groomer.

Since we got Riley from a shelter, they weren't entirely sure of his breed mix.  I'm not completely convinced he is a Pekingese/Poodle...I think there's probably a little something extra in there too.  Maybe a dog DNA test is in his future?  :)  Just kidding, those are silly and unnecessary, right?  RIGHT?! :)

What about you and your little mixed-breed?  Do their personalities/looks match up to the stereotypes?
xoxochelsea

Email ThisBlogThis!Share to TwitterShare to FacebookShare to Pinterest
Labels: Just for Fun, Riley